COMPETITION between currencies is the stuff libertarian dreams are made on—and central bankers’ nightmares too. Already digital monies, in particular Bitcoin and Ethereum, are rivals. On October 28th a new crypto-currency will join the fray: Zcash. Many such “altcoins” are dubious affairs and don’t add much. But this one brings important innovations.

Zcash is based on Bitcoin’s code, but its creators, a bunch of cryptography researchers, have tweaked it. The new digital cash is minted more quickly and the system can handle more transactions. This makes for more liquidity and shorter transaction times, says Zooko Wilcox, who leads the project.

The newcomer also differs in the way it is governed. The incumbent started—and is still run—as an open-source project: a small group of volunteer developers decides which changes are made. Zcash’s code is also open-source, but its inventors have formed a company and accepted money from investors. In addition, 10% of the 21m coins to be issued are earmarked for founders, investors, employees and a putative Zcash foundation. All this, says Mr Wilcox, is to align incentives for all involved, allow the firm to hire a great team and enable quicker decisions—all problems for Bitcoin.

Yet the biggest step forward is confidentiality. Bitcoin obscures the identity of currency owners, but the “blockchain”, the ledger that keeps track of all the coins, is open and can be analysed to see the flows of funds. This is a serious barrier for banks: blockchains could reveal their trading strategies and information about their customers. Zcash, by contrast, shields transactions from prying eyes with a scheme based on “zero-knowledge proofs” (hence the “Z” in its name). These are cryptographic protocols proving that a statement (who owns coins, for instance) is true without revealing any other information (how many and where the money came from). And it is by selling this technology—called “zk-SNARK” (don’t ask)—to banks that Zcash, the company, wants to earn its keep.

This sounds promising, but Zcash, the currency, may not be able to give incumbents much of a run for their money. After a governance crisis, the Bitcoin community thinks it has found a way to increase the system’s capacity (which has reached its limit: many transactions are being delayed). And Ethereum, whose claim to fame is to enable “smart contracts”, has recovered after one of these self-executing business agreements, a venture fund called the DAO, went terribly wrong (although other crises have erupted since).

But crypto-currencies are not only competitors. They represent different trade-offs between security, complexity, performance, cost and other factors, so each is likely to find its niche. They are also a case of co-operation: since their software is open-source, developers can easily learn and copy from each other. If Zcash’s zero-knowledge scheme works, it may one day become part of Bitcoin. And some coders are working on ways to connect different blockchains. One day, perhaps, the collaboration will give rise to an ÜberCoin that floats across all blockchains—which would cheer up some central bankers 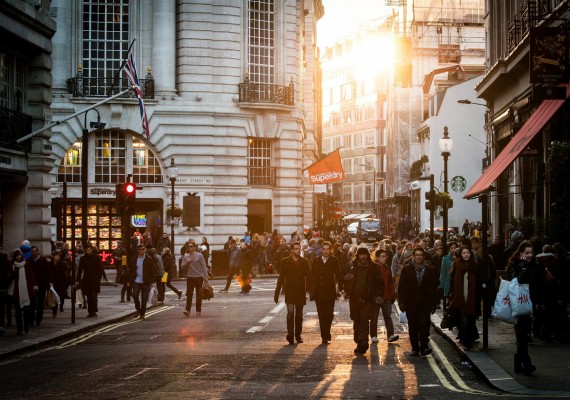